Update: the KWI meeting and associated talk listed below has been canceled due to concerns about coronavirus.

This year, KWI will depart from its tradition of holding an Awards Dinner (the KWI Karst Award for 2020 will be presented to Dr. Stein-Eric Lauritzen of Bergen, Norway by Ira Sasowsky in July at the KR9 Conference “Climate Change, The Karst Record” in Innsbruck, Austria). Instead, KWI will host a  meeting in conjunction with the Glenwood Springs Citizens Alliance. 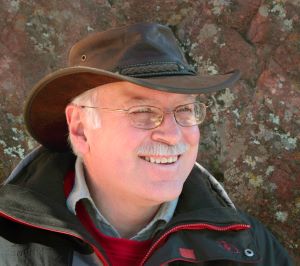 The speaker will be Mr. Richard Rhinehart who will give a talk entitled “City Under Siege: How Caves and Karst Might Just Save the City of Glenwood Springs, Colorado.” Mr. Rhinehart’s talk will discuss the geology and hydrology of Glenwood Springs and the surrounding area, and how a proposed giant quarry on the north side of the town could impact the local population and economy. The meeting will be held from 7 – 9 pm on March 28 in the Roosevelt Room of the Hotel Colorado and will be open to the general public. Prior to Mr. Rhinehart’s presentation, KWI will introduce itself to the attendees and announce the award winners, including the recipient of the Wilson Scholarship.