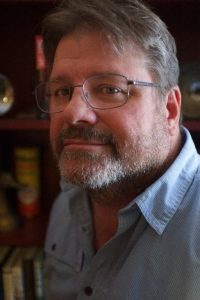 Michael Ray Taylor is the author of several popular books on caves and cave science, including Hidden Nature, Cave Passages, Dark Life, and Caves: Exploring Hidden Realms, a National Geographic book published as a companion to the McGillivray Freeman IMAX film Journey Into Amazing Caves. He has written about science, conservation, and exploration for The New York Times, Nashville Scene, Sports Illustrated, Houston Chronicle, Wired, and many other print and digital publications. In addition to consulting on the IMAX film, he has worked on documentaries for National Geographic Channel, Discovery Channel, and the PBS series Nova.

He retired in June 2022 as professor and chair of the communication and theater department at Henderson State University in Arkansas. Although a journalist and writer, his personal enthusiasm for underground life has led him to collaborate with scientists from NASA and other research centers on a variety of published scientific studies, including ongoing projects involving cave microbiology. He is a fellow of the National Speleological Society, the Cave Research Foundation, and The Explorers Club, and has received the NSS Spelean Arts and Letters Award. He remains a frequent contributor to Tennessee’s literary website, Chapter 16, and is currently working on a novel and a collection of environmental essays.