Home / About KWI / KWI Officers and Board of Directors / Benjamin Schwartz 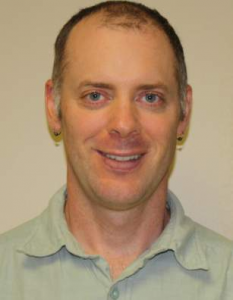 Benjamin Schwartz is a member of the Board of Directors for KWI. He received a B.S. in Geology from Radford University and a Ph.D. in Geosciences from Virginia Tech, and he is currently a Professor in the Biology Department at Texas State University – San Marcos, where he also serves as the Director of the Edwards Aquifer Research and Data Center. He is a Fellow of the National Speleological Society and a Director of the Virginia Speleological Survey. Ben is also an Associate Editor of Earth Sciences for the Journal of Cave and Karst Studies, and he served on the Aquifer Science Advisory Panel for the Edwards Aquifer Authority. His research interests are varied and include the hydrology, hydrogeochemistry, and structural controls on recharge in the epikarst; interactions between plants and water in the epikarst; speleogenesis in epigenic karst systems; the linked effects of karst hydrology and surface hydrology on landscape and karst system evolution; and the use of stable isotopes to understand physical and biological processes in karst systems; biodiversity in the Edwards Aquifer; and biodiversity in the hyporheic zone of karst and other rivers in Texas. As a co-manager of the Powell Mountain Karst Preserve (owned by the Cave Conservancy of the Virginias), he coordinates the exploration of the Omega Cave System, the longest cave in Virginia, and the deepest cave in the eastern USA. Ben’s research interests are often integrated with cave exploration and mapping expeditions in the USA and, occasionally, other countries.