Home / About KWI / KWI Officers and Board of Directors / Carol Wicks 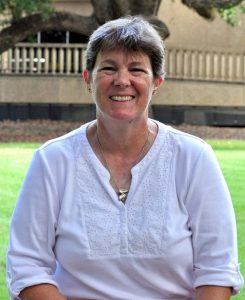 Carol Wicks is a current member of the Board of the Karst Waters Institute and served as President previously. After starting her career in chemical engineering, she ‘discovered’ karst sciences while helping lug water samples out of a cave stream in Virginia. After changing directions of her career, Dr. Wicks received her Ph.D. from University of Virginia under the direction of Janet S. Herman. Early in Dr. Wicks’ career, her general research interests focus on low-temperature aqueous geochemistry and hydrogeology of coastal carbonate aquifers in Florida and Puerto Rico. Upon starting a faculty position at the University of Missouri, Dr. Wicks shifted her research to focus on the dramatic spatial and temporal changes in the geochemistry and hydrology of observed in the cave streams and large springs of the Ozark Plateau. This led to her interest in sediment transport and scour events in cave streams. After moving to Louisiana State University (LSU), Dr. Wicks’ research has shifted once again and now focuses on groundwater-surface water interactions along the Dougherty Plain, a karst plain in southwestern Georgia and a portion of the recharge areas to the Floridian aquifer.