Home / About KWI / KWI Officers and Board of Directors / Dr. Neven Kresic 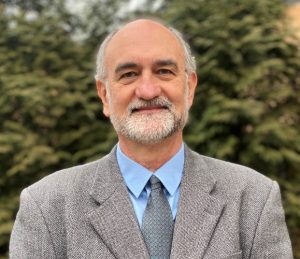 Dr. Neven Kresic is an independent groundwater consultant who works with private and public sector clients on a wide range of problems involving environment, natural resources, and civil infrastructure. He was Senior Fulbright Scholar at the U.S. Geological Survey in Reston, Virginia, and the George Washington University, Washington, D.C., where he conducted novel research on characterization and modeling of groundwater flow and contaminant fate and transport in karst aquifers. Prior to moving to the United States in 1991, Dr. Kresic was professor of Groundwater Dynamics at the University of Belgrade in former Yugoslavia. He holds a Ph.D. in Geology, M.Sc. in Hydrogeology, and B.Eng. in Hydrogeologic Engineering, all from the University of Belgrade. Dr. Kresic has worked on major groundwater-related projects in the United States, Eastern Europe, Middle East, North Africa, and South America. He authored and co-authored numerous papers and seven books on the topic of groundwater, including Water in Karst: Management, Vulnerability, and Restoration (McGraw Hill, 2013). Dr. Kresic is former Co-chair of the Karst Commission of the International Association of Hydrogeologists, past Vice President for International Affairs of the American Institute of Hydrology, and was a committee member of the Groundwater Management and Remediation Specialty Group of the International Water Association. He taught academic courses and professional workshops in hydrogeology, groundwater modeling, and groundwater remediation, including with emphasis to karst, at universities, government agencies, and conferences in the United States and around the world.