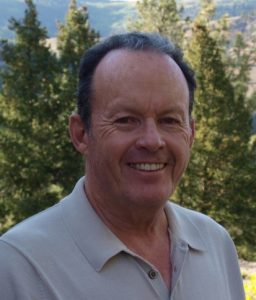 Harvey DuChene is Chair of the Board of Directors for KWI. He holds Bachelors and Masters Degrees in geology from the University of New Mexico and is retired after working for 42 years in the petroleum industry. He has a broad background in regional tectonics and stratigraphy and a lifelong interest in the origin of caves. His interests include the relationships between karst systems and regional tectonics in the western United States, particularly Colorado, New Mexico, west Texas and Nevada. He has done extensive work on the origin of caves in the Guadalupe Mountains and for eight years was the principal investigator for the Lechuguilla Cave Mineral Inventory Project in cooperation with the National Park Service at Carlsbad Caverns. Harvey is a member of the Geological Society of America (GSA), the American Association of Petroleum Geologists (AAPG) and the Rocky Mountain Association of Geologists (RMAG). He is a Fellow of the Explorers Club and the National Speleological Society (NSS) and a former representative to the American Geosciences Institute (AGI). His work covers a wide spectrum of karst and non-karst subjects and has appeared in journals and publications of the GSA, AAPG, AGI, NSS, RMAG and Springer International Publishing. In 2013 he was named the RMAG Scientist of the Year for his contributions to karst science and in 2017 was presented with the Karst Waters Institute Distinguished Service Award.