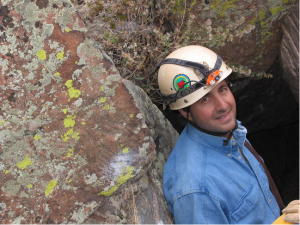 Ira Sasowsky is a member of the Board of Directors (since 1994) and is Secretary of the Board (since 2010) for KWI. He served as Vice President for Communications from 1994 to 2009, during which time he developed and provided oversight for the website and special publications programs. Ira earned his B.S. degree in Geology from the University of Delaware, and completed M.S. and Ph.D. degrees in Geology from The Pennsylvania State University under the direction of William B. White. He specializes in the paleomagnetic interpretation of clastic sediments in cave systems, with a geographic emphasis in the Appalachians. He and his students have also been involved in many field-based projects in Brazil, Italy, Slovenia, and Spain.

Ira served as Earth Sciences editor of the Journal of Cave and Karst Studies for 15 years, and has received the honor of election to Fellow in the Geological Society of America and the National Speleological Society. He is Professor of Geosciences at the University of Akron (Ohio). Courses in groundwater hydrology, petroleum geology, geoscience information, and karst topics are part of his teaching. He also oversees graduate student research that focuses on near-surface processes in limestone terranes, including geochemistry, water quality, and landscape evolution. He won the 2021 KWI Distinguished Service Award.