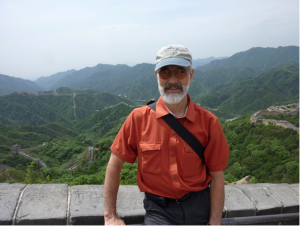 John “Jack” W. Hess retired as President of the Geological Society of America Foundation in Boulder, CO in June 2020. Prior to joining the Foundation in 2015, he served as the Executive Director of the Geological Society of America (GSA) for 13 years. Before joining GSA in 2001, he was Executive Director of the Division of Hydrologic Sciences and Vice President for Academic Affairs at the Desert Research Institute (DRI) in Nevada. In 2000-2001, Hess served as a Congressional Science Fellow in the office of Senator Harry Reid (D-NV). Hess is Past Chair of the Board of the Karst Waters Institute and the American Hiking Society. He serves on the Board of the National Cave and Karst Research Institute. He served on the Karst Commission of the International Association of Hydrogeologist. He is Past President of the Longs Peak Council of the Boy Scouts of America. Jack served on the US National Committee for Geological Sciences and the US National Commission for UNESCO. He currently serves as a member of the Finance Committee of the International Union of Geological Sciences. Hess is a Fellow of the Geological Society of America, the National Speleological Society, the Cave Research Foundation and an Honorary Fellow of the Geological Society of London. Hess is a Pennsylvania State University Centennial Fellow and Alumni Achievement Award recipient from the College of Earth and Mineral Sciences. Jack received the KWI Distinguished Service Award in 2019. He holds a bachelors and doctorate in geology from The Pennsylvania State University and attended the Stanford Executive Program, Stanford University.