The KWI Sulfuric Acid Weathering conference planned for June 2-7, 2020 has been postponed due to COVID-19. We hope that you will be able to join us for the rescheduled meeting in 2022. 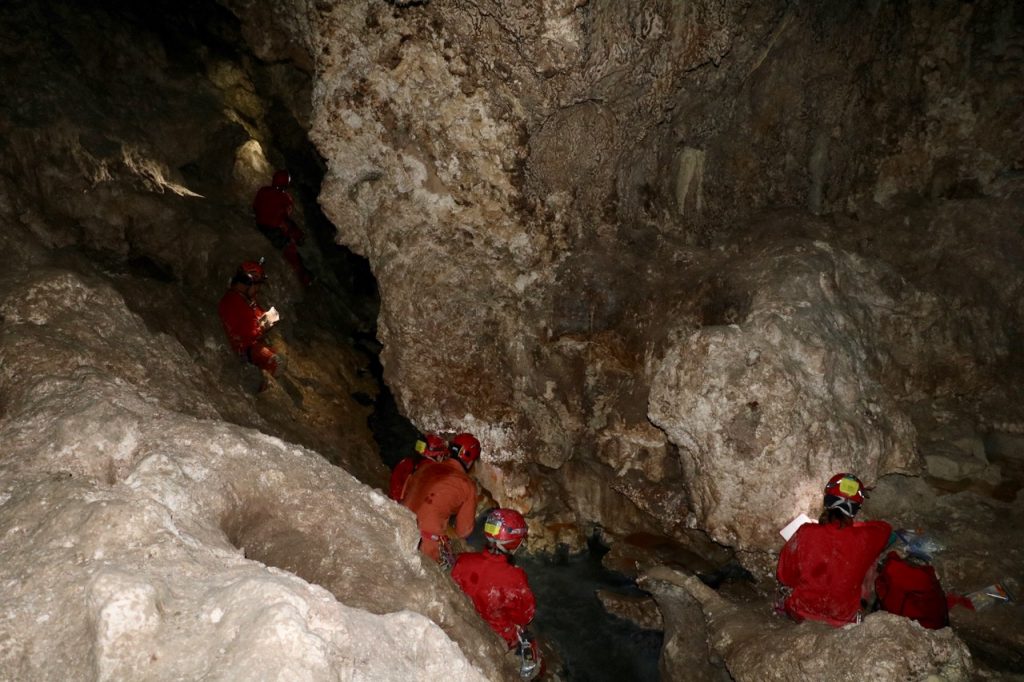 Carbonate rocks and sediments are the Earth’s largest reservoir of carbon. On million-year timescales, plate
tectonics together with silicate weathering reactions resulting in marine carbonate precipitation provide a
negative feedback to changes in atmospheric CO2, essentially buffering the Earth’s climate. On shorter
timescales (100 to 100,000 years), the behavior of the large carbonate reservoir is subject to processes that can
potentially result in rapid changes in the much smaller reservoir of CO2 in the atmosphere-ocean system.
Sulfuric acid weathering of carbonates is an understudied and globally significant example of such a process. It
results in net transfer of C from carbonate minerals to the atmosphere:

Sulfuric acid driving this reaction is produced when reduced S compounds (H2S, FeS, FeS2, S0) come into contact with oxic fluids at redox interfaces in carbonate terrains on the continents and in coastal and deep marine carbonate sediments. This short description belies a complex and varied array of geological settings ranging from near-surface to deep subsurface, including but not limited to oil-field and other hypogene karst, weathering fronts in coal, shale and other pyrite-rich marine rocks, modern carbonate platform sediments and water-filled sinkholes, comminuted glacial sediments with mixed lithologies, and carbonate rocks or sediments in contact with H2S-rich volcanic and hydrothermal fluids.

Sulfuric acid production from reduced sulfur species at temperatures below ~122°C is microbially catalyzed and can occur at rates significantly faster than those measured for abiotic sulfide oxidation. Similarly, the production of acid from pyrite in natural environments involves microbial catalysis of iron oxidation, which is the rate limiting step in the overall oxidation of pyrite in acidic solutions. Thus, a microbial role in sulfuric acid production and subsequent carbonate weathering reactions should be expected in any environment with liquid water, whatever form of reduced S is involved.

Rates and controls on many of the processes described above are poorly known, and in some cases are being impacted by anthropogenic activities (e.g. acid rain, coal mining, glacial retreat).

The goal of the conference is to bring together a broad diversity of scientists currently pursuing or hoping to pursue research related to sulfuric acid weathering.

In addition to fostering knowledge transfer and transdisciplinary collaborations, the intended outcome of the conference is a journal special issue documenting the current state of knowledge about sulfuric acid weathering processes, including critical research questions and needs for the coming decade.